Those who have run into Forex Peace Army must have been struck by a question – what is this anonymous organization about? Who are they? Hackers, fighters against dishonest brokerages, or rather shrewd money suckers concentrating on brokers financially incapable to resist it?

So, how can Forex Peace Army be defined for strangers to Forex? A priori, FPA is a forum that was set up for posting good and bad comments (mostly bad though) on a certain Forex brokerage, dealing centre or investment company. The authors of these posts are obscure, but the trustworthiness of the posts is even more obscure. So, for what purpose was this portal established? The perfect answer would go as follows: to tear the masks off Forex fraudsters among brokerages and dealing centres… But the facts tell their own tale. FPA is a source of easy pickings through blackmailing. Let's have a look at pure facts to understand the essence of FPA flourishing on the internet.

You can't leave a post contradicting the general tone of a thread focused on a given brokerage. In other words, you can't post a positive feedback on a broker you have had a smooth experience with in a thread criticizing it. Your upbeat post simply won't be allowed by moderators. Moving further, the FPA website has an apparently false traffic, which means its developers strive for significance in the eyes of brokerages, rather than statistics of real visits. So, once a number of negative comments on a broker is sufficient, FPA offers the broker to stop the flow of criticism for a price, which, as they say in the internet, depends on a brokerage and on how sensitive its reputation is to FPA. Yet, it is for sure that the price starts from $15,000. Should a brokerage decline the suggestion of FPA, it is doomed to the FPA enemies list, black PR and slander for years to come. Anyway, it should be said that large reputable brokerages well-established on the market never succumb to vicious FPA's attacks, ignoring their blackmail attempts.

Some more facts on FPA. The authors of this project have also been creating pseudobrokerages that trade professional and reliable Forex signals “thanks” to which hundreds of traders around the globe “wasted” their deposits. By the way, neither FPA, nor websites trading signals offer any contact information except for emails, which suggests that these are nothing but a couple of computers in private houses.

The fact about FPA creator, Dmitri Chavkerov, is that he has been engaged in a criminal trial over a fake marriage scam. His plan was to arrange a fake marriage to a U.S. National for his girlfriend so that she could get a U.S. green card, while Dmitri Chavkerov himself was illegally staying in the United States. Besides preparing the wedding, Dmitri was in talks with a U.S. husband-to-be over the monthly premium for the latter.

All the above-mentioned facts provide a sufficient ground to conclude that the FPA project led by Dmitri Chavkerov (aka Forex-Bastard) are fraudsters grabbing money from their customers offering false signals and racketeers forcing brokerages to pay by posting lies.

Moreover, the U.S. government website mentions a delinquent nature of Dmitri Chavkerov. Consequently, he may well be engaged in other criminal activities since he who breaks one law can easily break others.

Disclaimer: This is a sponsored post. The article is written by the sponsor and does not necessarily reflect the views of this blog author. 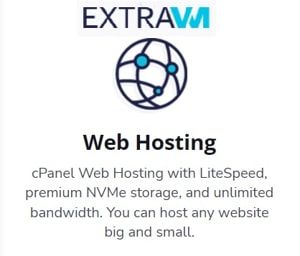